Nike wanted to create a distinct identity for the sprawling, image-obsessed Los Angeles market. Union Made Creative was tasked with developing a grand theme that could not only hold all the disparate sports in the region but also nod to the city’s preoccupation with fame and the oft-overlooked work it takes to achieve it. “No Angel” frames Nike’s LA as a no-mercy paradise. As the Angel city looks on, only those who slog away in the shadows ever get a chance to step into her highly-coveted spotlight.

Los Angeles boasts two talent-laden teams in two major American sports. To showcase this we created the Dos Angeles campaign: a celebration of LA’s good fortune. We launched the campaign during the head-to-head four game series between the Angels and the Dodgers, highlighting two of baseball’s best: Mike Trout and Matt Kemp. 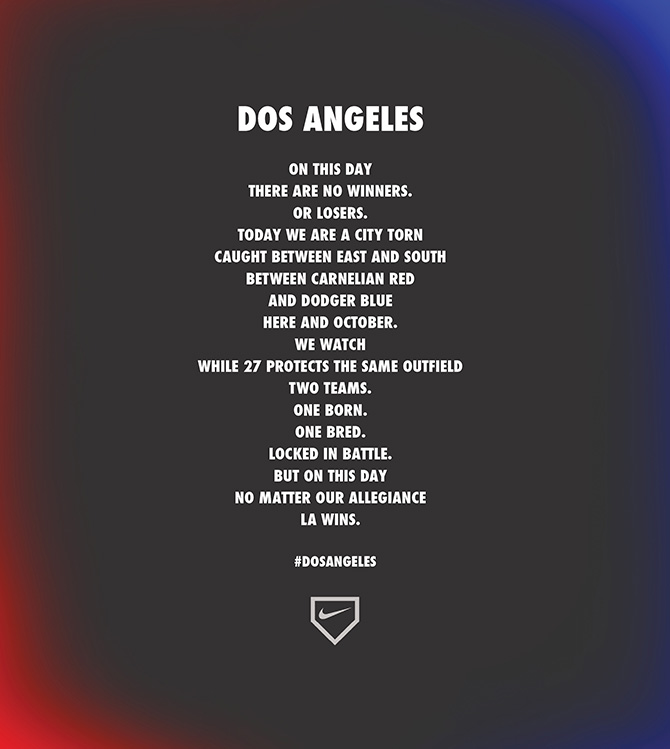 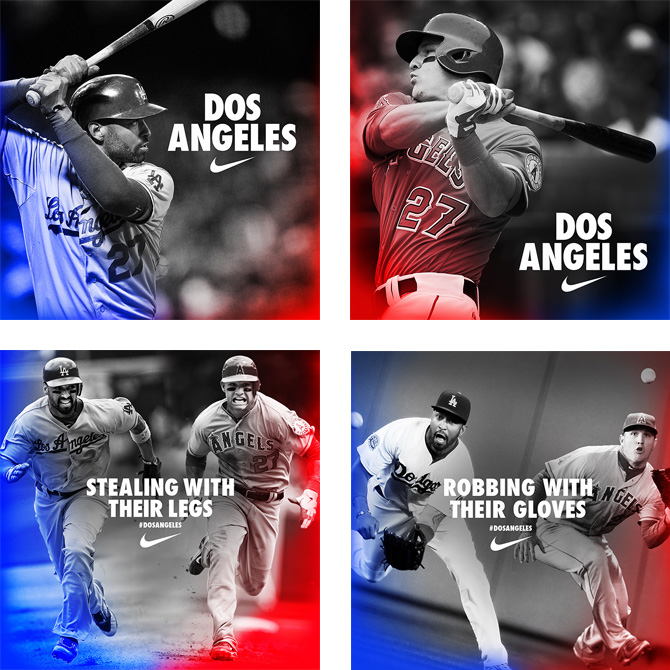 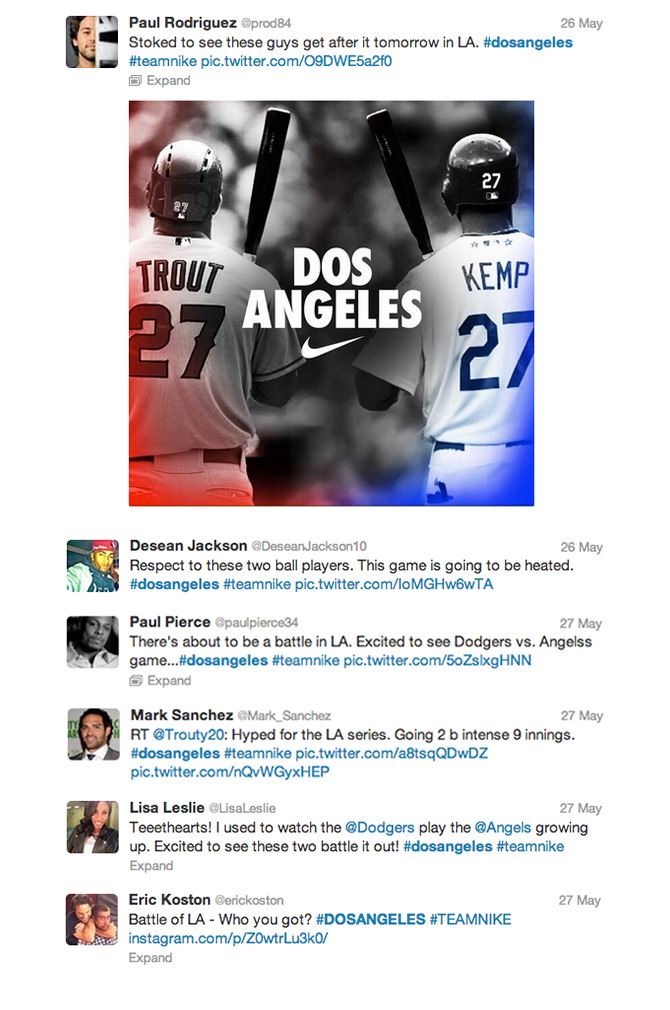 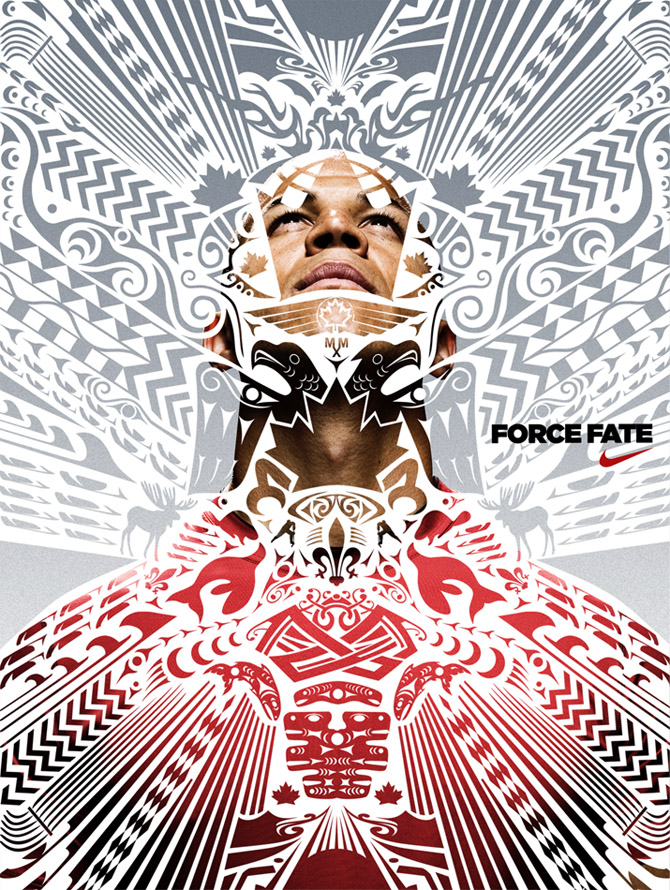 As part of the branding for the Winter Olympics we created a series of posters for the top Nike Canada athletes participating in the Winter Games. The Motif was a combination of icons that carry specific meaning to the countries rich history. The motif was used as a design element on both women and men’s hockey jerseys. This poster ran as out-of -home throughout Vancouver and was also sold as posters at point-of-sale.